In this TechEd session I presented at TechEd New Zealand 2014 I covered some of the changes with Group Policy preferences recently as well as some of the new Group Policy improvements you can do to protect yourself against Pass the Hash attacks. Unfortunately at the end one of my Demo’s did not work however I actually did get it to work only a few minutes after the video ended. All I had to do was log off and on and the authentication attempt failed as expected. In any case it was a great session and best of all it was recorded in full video so you actually get to see me talk on stage rather than just look at my monitor. 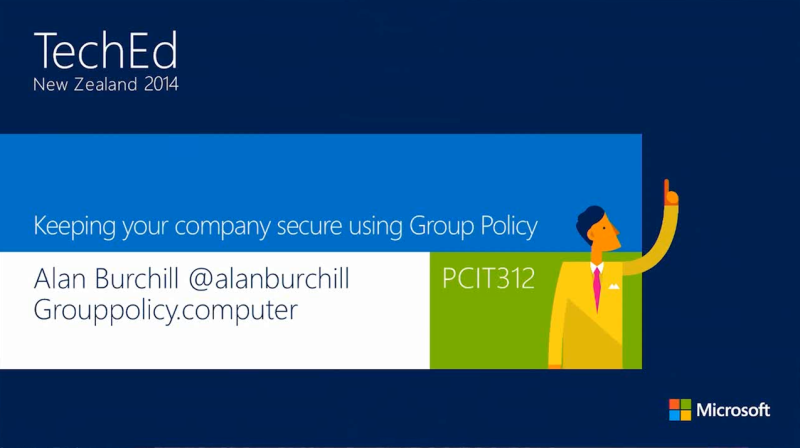 Unfortunately they have only release the video as a WMV so you will need to click use this link to play the video. http://video.ch9.ms/sessions/teched/nz/2014/PCIT312_FINAL.wmv

How to use Group Policy Preferences to Secure Local Administrator Groups
2010-01-21  •  178 Comments
One problem I see all the time is IT administrator never being able to control who is a local administrator...