One of the great new feature with Group Policy Preferences is the ability to map printers based on a various number of criteria such as group membership, AD Site or even IP Address range to name a few. This allows for some powerful senarios such as being able to map all the printers physically near a user based on the computers IP address. Note: This assumes that the networking team allocates the same subnets to certain computers near each other (e.g. a building or floor) but I have found this is often the case.

One of the problems that occur when you map printers with Group Policy Preferences is that if the user has a roaming profile configured and they then logon to a computer that is located in another area they will have all also have their old printers from the previous area. Now user might not really notice these printer mapping building up over time but they can soon amass a large number of mappings that makes their computer run slow to logon.

Question? So how do you map all the printers in one location but not have them follow you to another location if you are using a roaming profile?

Answer? Is a two step solution which I will go through below. There is also an optional third step that address the problem maintaining default printer mappings once a user gets back to their normal location.

Step 1. The first part is just to create a simple printer mapping that maps the printer targeted by the IP address of the users current computer. 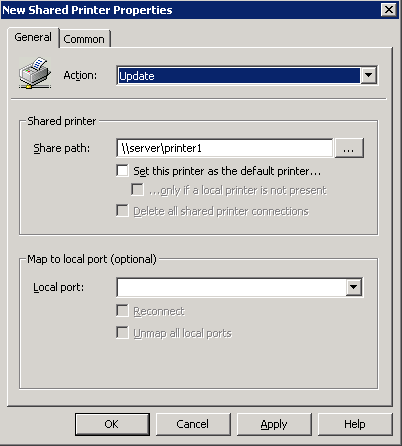 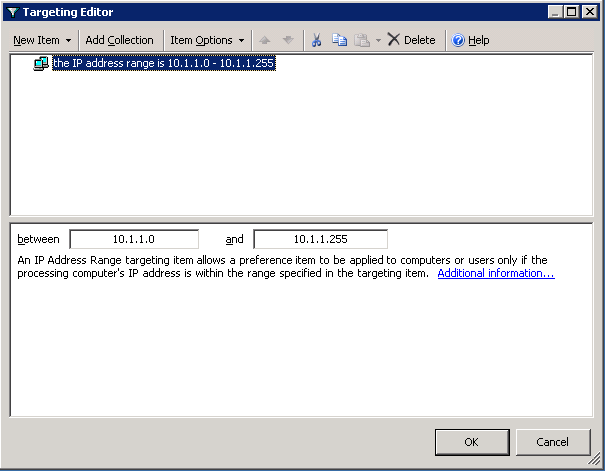 Figure 4. Copying the existing printer mapping made in step 1.

Figure 5. Paste the setting into an unused part of the pane

Now we make the changes to the action on the second printer mapping targeting so that it will remove the printer mapping when the user logs onto a computer in another area.

Figure 7. Open the properties of the second printer 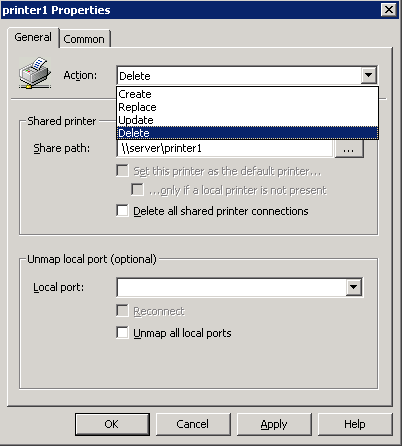 Figure 8. Change the Action to “Delete” 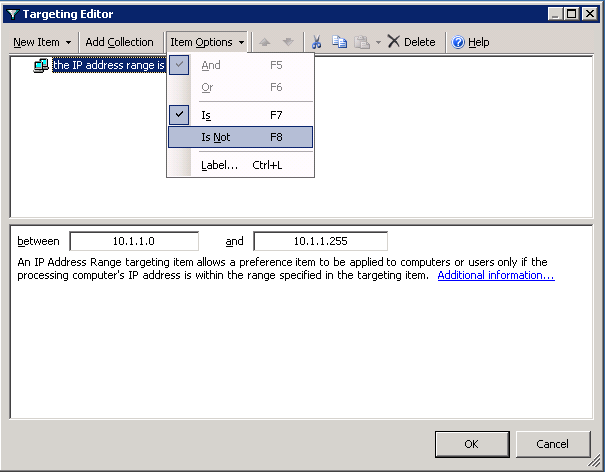 Figure 11. Two printer entries to map and then clean up the printer queues for a user based on their location.

So go back to the targeting option for the Delete printer action and add another test that will check to see if the printer is the default printer. 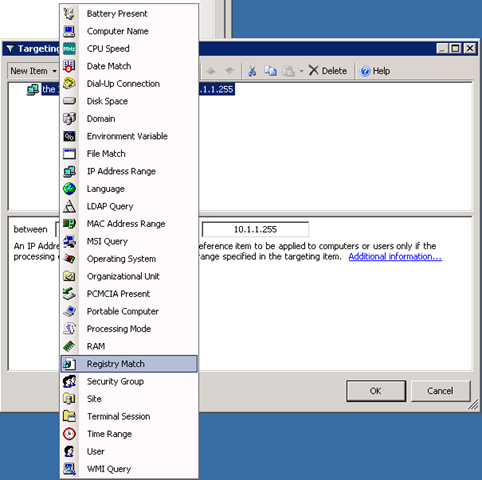 Change the Match Type to “Match value data” and the Value data match type to “Substring match” as the value we are looking for will contain other information as well that we don’t care about. Make sure the Hive is set to “HKEY_CURRENT_USER” and the Key Path is set to “Software\Microsoft\Windows NT\CurrentVersion\Windows”. The Value name “Device” is where in the registry the default printer information is saved. We then set the Substring to “\\server\printer1” which is the UNC path to the printer queue. Note: The substring value has to be exactly the same as the value set in the Path for the printer mapping.

There, now you know how to use Group Policy Preferences to map and remove network for users based on their physical location while avoiding the build up of mapping if your user have roaming profiles while still preserving their default printer.