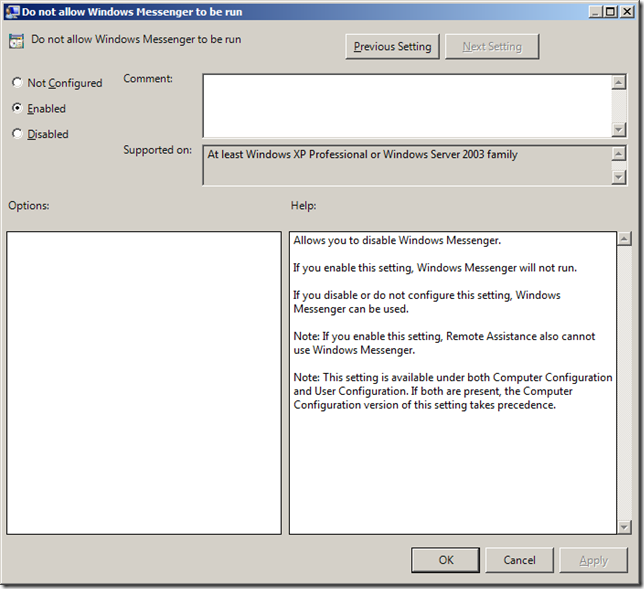 While most organisation already have this program removed from the SOE (see image below) this is a good safety net setting for anyone who has joined their non-SOE version of messenger to the domain. 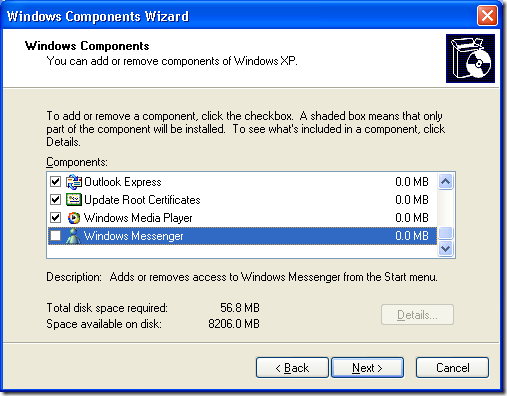 Now to be clear this will only prevent the user running Windows Messenger and not the live of Windows Live Messenger or other third-party messenger programs. 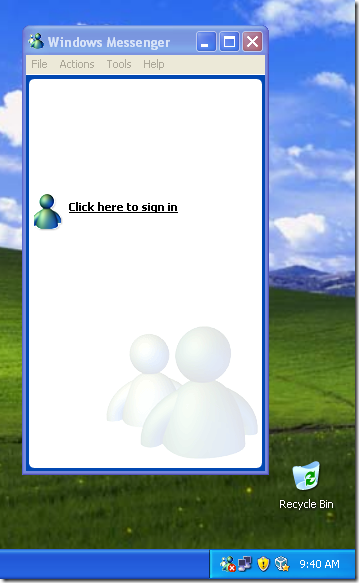 This setting will not remove messenger from the computer but when the users clicks on the Windows Messenger link.