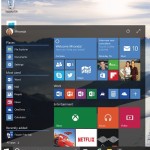 Update: This final RTM version of this tool has now been released at http://www.microsoft.com/en-us/download/details.aspx?id=45520

Microsoft has just released the Windows 10 Technical Preview to the public. As per normal Windows 10 has a number of admin tools installed out of the box. But on top of that there is also the Remote Server Admin Tools (RSAT) that can be used for managing the server components of Windows Server. Ironically the next preview version of Windows Server has not yet been released…

But according to the release notes, these tools can be used to manage the October 2014 Windows Server preview version with the exception of the DNS Tools and IP Address Management Tools (IPAM).