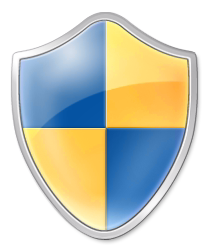 The Australian Government Department called the Australian Signals Directorate has a list of mitigation strategies that is used to help protect IT system against security risks. This list is called the “ASD Essential 8“. While this its generated by the Australian Government department it is an excellent starting point for securing any organisation or government IT Assets. The really great thing about this list is all of the items on the list can at least be partially implemented via Group Policy and the documentations they provide give explicit examples of policy setting that should be implemented.

It also happens that over the years I have published a number of articles that go into detail as to hope to actually implement some of the items via Group Policy. So below I go though as summary of the essential 8 and link to mine and other post as to how to actually implemented these configurations.

Since Windows 7 AppLocker has been the main way that admins can black/white list application. This software is provided out of the box and there is a relatively simple UI in GPMC that allows you to configure what programs are required. Specifically the guidelines calls out “the use of cryptographic hashes, publisher certificates (combining both publisher names and product names), absolute paths and parent folders are all considered suitable if implemented correctly.” which is exactly how AppLocker configures what application to run.

On my site I have two main article about AppLocker, First is the a How to Disable Application using AppLocker post that show you how to block an example application (Chrome) and the other is my AppLocker Troubleshooting guide that helps with common reason as to why AppLocker does not work.

In this case AppLocker is probably the system of choice to implement this, it’s free, out of the box and has a wide range of options for blocking applications.

For a Microsoft environment WSUS has long been the go to product for patching Microsoft products (not just the OS’s) . It supports patching for a very a wide range of Microsoft Application but give IT Admins control over exactly when and what will be deployed.

The guidance in the ASD article also talks about establishing a priority for deploying patches based on the criticality of the patch.

For example they recommend:

b.      high risk: within two weeks of a patch being released

c.       moderate or low risk: within one month of a patch being released.

Back in 2011 I wrote a comprehensive post about how to use WSUS to deploy a patching strategy for your organisation https://www.grouppolicy.biz/2011/06/best-practices-group-policy-for-wsus/ .

There are certainly other applications such as SCCM (which leverages WSUS), Altiris and many other systems that can be used to patch your environment. What is important is that you have a method of patching all your third party applications and not just you Microsoft software. As not a lot of vendors have dedicate patching tools this may mean that you have a way to rapidly deploy newer version of the apps when they are release. Either way, make sure you have a way to path ALL you applications (especially Java).

In this case the A.S.D. talk about ways to harden Microsoft Office 2013, 2016 and Java. However, this just talks about common application that you might have installed and should not be treated as an exhaustive list of application to secure. For example if you have Chrome deployed then this can also be secured using Chrome Group Policy settings.

But if you don’t have applications that are Group Policy aware then you might want to consider using third party GPO tools such as Policy Pack https://www.policypak.com/ to mange all your legacy applications. One added advantage of Policy Pak is that it allows you to easily manage installed version Java on your computers.

Local administration access to computer used to be something that admin gave out like candy to their users. However, for some time now it has been strongly recommended that users are never give local admin permissions or at the very least they should be using separate admin and normal user accounts on their computers.

For a comprehensive artical as to how to security the local admin group on your comptuers see my post https://www.grouppolicy.biz/2010/01/how-to-use-group-policy-preferences-to-secure-local-administrator-groups/

For managing the local admin account on all your computers then also look at another Microsoft tool called Local Admin Password Service (a.k.a LAPS) this allow you to automatically set a random local admin account password on all your comptuers and store it in AD similar to how BitLocker Recovery keys are stored. See  https://technet.microsoft.com/en-us/mt227395.aspx

This is pretty much the same as the Application Patching topic as mentioned above. Weather you use WSUS, SCCM, InTune or Windows Update it does not really matter so long as you patch your computers.

If you are using Windows Update natively from Microsoft you can still control the rollout scheduled of new version of patches and OS update via the Windows Update for Business Group Policy setting. See https://www.grouppolicy.biz/2015/11/windows-10-1512-admx-out-now/

What is also very important is that if you are implements a rollout schedule to all your computer based on the importance of the patch is that you should also have a pre-defined test strategy. I also go into how to do this in my article https://www.grouppolicy.biz/2011/06/best-practices-group-policy-for-wsus/ .

Mult-Factor Authentication also commonly now as Two Factor Authentication is common place for external access to organisation. While Group Policy is not typically used to implement Multi-Factor auth. It still can be used to help with this such as using Group Policy to automatically deploy certificate to all your workstations. These computer certificates can then be used authenticate devices connecting in via IPSec.  For a guide on how to setup automatic computer and users certificate enrolment see https://docs.microsoft.com/en-us/windows-server/networking/core-network-guide/cncg/server-certs/configure-server-certificate-autoenrollment

While not group policy relate you might also want to consider having Multi-Factor authentication implemented in conjunction with tool like CyberArk so that your internal highly privileged accounts are also kept secure. This helps prevents anyone internally from escalating their privileges by resetting a higher level admins password on their accounts.

The most common way that this can be done is to use Windows Folder redirection and Roaming Profiles to make sure that all the user data is backed up. See https://www.grouppolicy.biz/2010/08/best-practice-roaming-profiles-and-folder-redirection-a-k-a-user-virtualization/

But also out of the Box with Windows 10 and available in Windows 7 you can use WorkFolders as a way to make sure that the users work files are synchronised with the back-end file server. See https://www.grouppolicy.biz/2013/07/how-to-setup-work-folder-using-group-policy/

In summary the ASD Essential 8 is a great guide that should be used in your organisation, you may already have implemented some of the points or you might have your own reasons not to carry out some of these items. Either way it’s a great starting point to compare agains what you do in your environment to make sure you are secure and stays secure going into the future…